Students investigate how wheat is grown and processed into flour and other wheat products and create wheat puppets to perform a play. Grades 3-5

combine: a machine that cuts crops and separates the seeds from the rest of the plant, combining the harvesting, threshing, and winnowing processes

wheat: a cereal plant grown in temperate climates, the grain of which is ground to make flour for bread, pasta, pastry, etc.

Wheat is grown on more acreage than any other crop in the world, and it is a staple food for much of the world’s population. History shows that the first people to eat wheat probably did so approximately 17,000 years ago by chewing kernels of the wild grain. Wheat was domesticated sometime around 10,000 years ago and eventually spread worldwide, taking root in the Americas with the arrival of Spanish settlers.

Pioneers brought wheat seeds with them across the country to Utah. Wheat is one of the few crops that produces well in Utah’s arid climate without irrigation. Today, approximately one quarter of Utah’s wheat crop is produced on dry land farms without irrigation. Utah wheat farmers grow mostly hard red winter wheat, which is used to make breads and hard rolls, and some soft white wheat, which is used as a cake or pastry flour.

Wheat varieties are divided into groups based on when they are planted and whether their grain is hard or soft, red or white. Hard wheat has a higher protein content, while soft wheat has a higher carbohydrate content. The coloration comes from pigments in the bran, which is removed during the flour milling process. There are five major types of wheat grown in the United States: hard red winter, hard red spring, soft red winter, white, and durum. Durum wheat is used specifically for making pasta. When most people think of wheat, they picture bread and pasta, but wheat is also used to make wall paper paste, adhesive, pet food, pet chew toys, and more.

Wheat is a cool season crop. Growth begins at temperatures of about 37° to 39°F. Its optimal growing temperature is 77°F. Spring wheat is planted as soon as soil conditions permit. Farmers are careful not to till fields that are soaked and muddy. Winter wheat is planted in the fall and harvested the following summer because it develops best after exposure to cold, winter temperatures. Whether planting in the spring or fall, farmers prepare the field before seeding. A disk pulled behind a tractor is used to turn and loosen the soil and to kill any young weed plants. The disk has a set of metal “plates” that dig deep into the soil. A disk shovel cuts a trench into the soil so the seeds can drop one at a time, and then loose soil is pressed over the newly planted seeds. Wheat is planted in rows five to six inches apart by a machine called a grain drill.

The seed begins to grow when there is enough moisture in the soil. Growth begins when tiny roots stretch down into the soil. Soon afterward, a small shoot emerges through the soil surface. Starch within the wheat seed provides the plant with its first nourishment. As the plant grows leaves, it begins to use photosynthesis to make food from the energy of the sun. Its roots get nutrients (minerals and water) from the soil. In the spring, the wheat plant grows six to eight leaves per stem and sends up three to ten stalks of golden flowers called heads.

Wheat must be dry before it can be harvested. In Utah, and most other wheat producing states, most harvesting occurs in late July or early August. With one pass through the field, a combine machine is used to cut, separate, and clean the wheat. Utah farmers produce 40–50 bushels of wheat per acre. One bushel is equivalent to 60 pounds of wheat containing 13.5% moisture. The farmer stores the grain in bins on the farm or at storage structures called “elevators” prior to shipment and processing. During processing, wheat is ground into flour at a mill. Bran, the outer layer of the wheat kernel, is often added to breakfast cereals and breads for nutritious fiber. Wheat contains carbohydrates, protein, minerals, and vitamins. George Washington, the first president of the United States of America, was a farmer who recognized the value of agriculture. In 1788 George Washington wrote, “I hope, some day or another, we shall become a storehouse and grainary for the world.” If only George could see where the United States is now—wheat is grown in almost every state in the country. 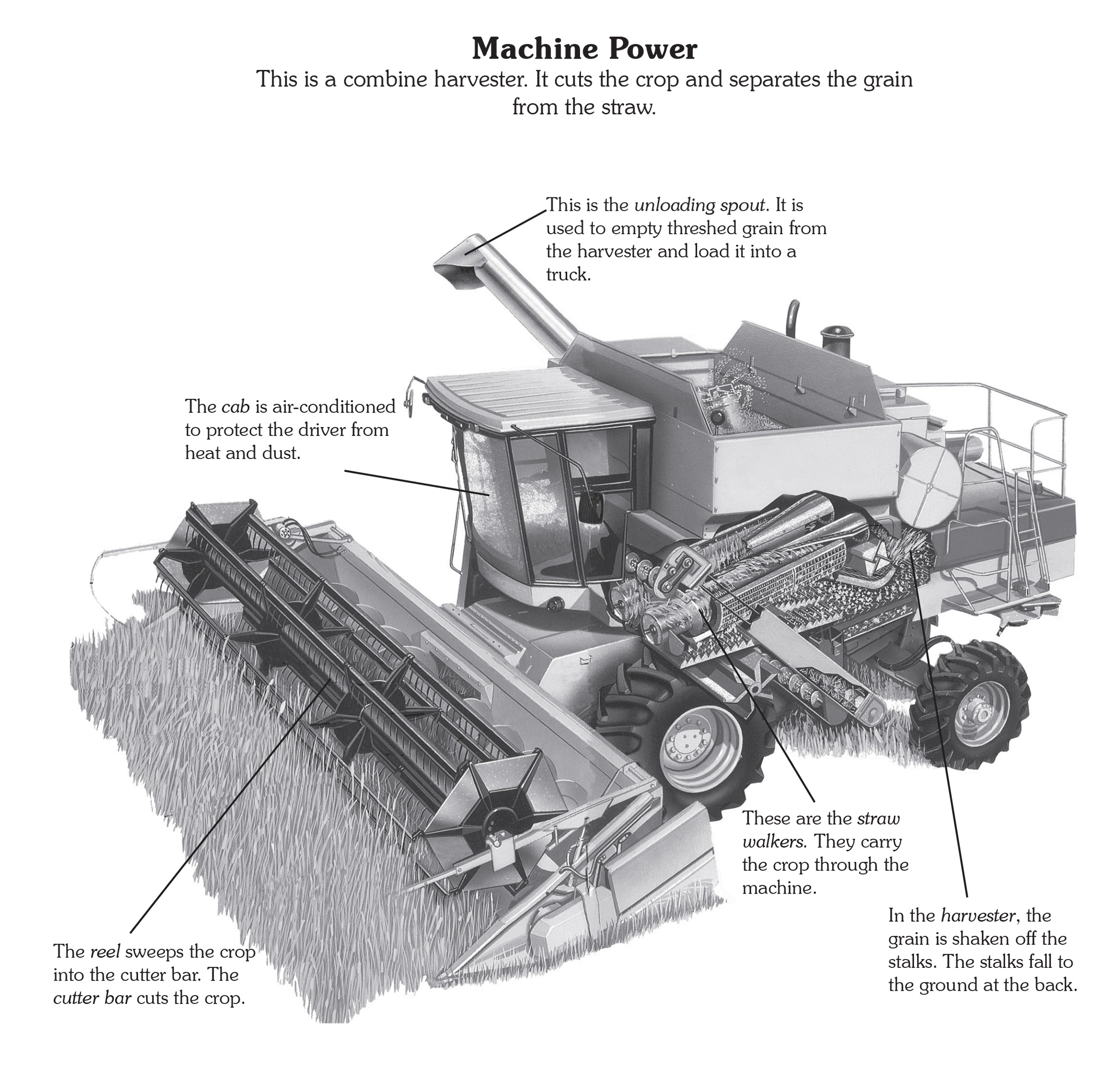 Students will understand how Utahâs history has been shaped by many diverse people, events, and ideas.

Students will understand the relationship between the physical geography in Utah and human life.