Students will understand water-based state changes that occur at varying temperatures, recognize the importance of the proper hand washing technique for general health and disease prevention, understand the factors that impact mold growth and their application to food safety, and explore ways to prevent foodborne illness. Grades 6-8

aerobic: a chemical reaction that must have oxygen to occur

anaerobic: without the use of oxygen

celsius scale: a temperature scale characterized by a freezing point of 0 degrees and a boiling point of as 100 degrees

cross contamination: the process by which bacteria is unintentionally transferred from one substance or contaminated object to another

fahrenheit scale: a temperature scale characterized by a freezing point of 32 degrees and a boiling point of 212 degrees

food safety: the practice of handling, preparing, and storing food in a way that prevents food-borne illness

microorganism: any organism, such as a bacterium, protozoan, or virus, of microscopic size

thermometer: an instrument used for measuring and indicating the temperature of a substance 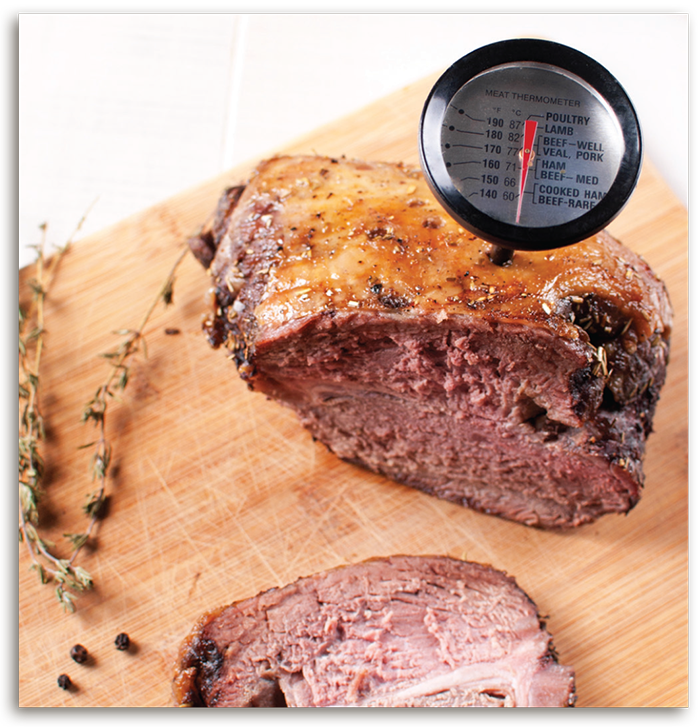 Food safety is handling, storing, and preparing food in ways to keep food safe. Poor food safety can make people sick. Any illness caused by food is called foodborne illness. For this reason, it is important to learn about the science of food safety. Your students can learn about food safety by practicing good food safety and sanitation habits. In this chapter, students will explore food safety concepts by learning how to read thermometers and measuring temperatures, about bacteria that we carry on our hands, potential disease-causing bacteria that can grow on food, and the health benefits of proper food safety practices.

There are three main states of energy: liquid, solid, and gas. Let’s take water as an example. When water is converted from liquid to solid, the molecules are locked together. They are not able to move around as they did when they were liquid. The molecules become interconnected and are unable to move freely. This process is considered a phase change, which is referred to as freezing. Energy can undergo phase changes when it is converted from one state to another. As another example, when water is converted from liquid to gas it undergoes evaporation. Gas molecules created by this change are able to move more freely. They are no longer slightly touching as in the liquid phase. The molecules are so far apart that they are at least 10 times their diameter apart from other molecules. Energy can also be converted back to its original state. For example, water that has been frozen can undergo another phase change, melting, which will return it to its liquid state.

State changes, like melting and vaporization, can be used to calibrate thermometers for cooking. Thermometers must be calibrated to ensure accuracy and ultimately prevent under- or over-cooking food. Consumption of under-cooked food can lead to foodborne illness. For example, consuming chicken before it reaches an internal temperature of 165°F could lead to salmonella poisoning. A thermometer must be calibrated to within +/- 2 °F (1.1 °C) of the actual temperature to ensure accuracy. There are two simple methods used to determine actual temperature: Boiling Water Method and Ice Water Method. A thermometer can be submersed in either boiling or ice water and calibrated to the respective temperature. Boiling water undergoes the process of evaporation. The ice water method involves the process of melting, allowing the heat to break the molecular bonds in the ice to form more liquid and a consistent temperature. 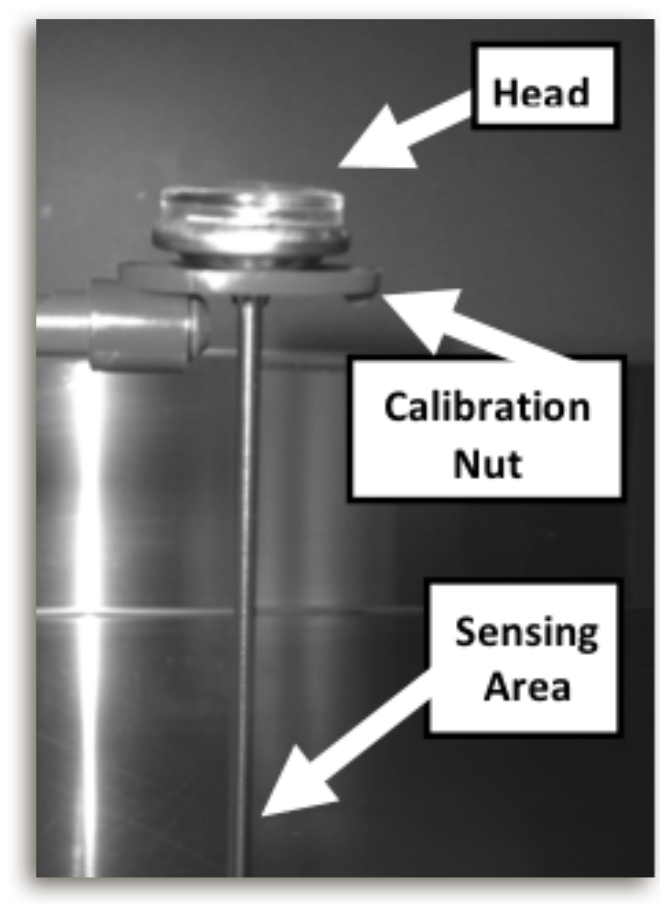 Bacteria are single-celled organisms. They are found in everything, including our food. Bacteria do not have a nucleus; rather, they have DNA that forms a nucleoid. We come into contact with bacteria everyday. It is important that we protect ourselves from harmful bacteria by washing our hands. We use our hands all the time, exposing them to harmful bacteria, or germs. Because we use our hands for many purposes, germs can be found all over our hands, including under our fingernails. While bacteria can sometimes be harmful to us, there are other types of bacteria that can be good for our health. For example, a healthy digestive system is full of good bacteria. These bacteria can also be found in food, like yogurt. See Lab 2 in the Milk & Cheese lesson to explore healthy bacteria further.

There are four main types of microorganisms that can cause disease: bacteria, viruses, molds, and fungi. These microorganisms are also referred to as pathogens. It is important to understand pathogens and how they grow to prevent disease. Bacteria are single-celled microorganisms that can be found in many environments. Some can even thrive in extreme temperatures. Not all bacteria are harmful, but it is important to prevent the spread of harmful bacteria by taking proper food safety precautions. Viruses require a living host, like people or animals, to survive. They only survive to multiply, which is harmful for its host. Molds are multi-celled organisms that can be found on food. Most molds prefer warmer temperatures; however, some molds can survive on salt and sugar, making it easier to survive in colder temperatures. These molds can thrive on foods in the refrigerator, like fruit and salty meats. There are many factors that can affect microbial growth. To remember what these factors are use the mnemonic device FAT TOM (Food, Acidity, Time, Temperature, Oxygen, Moisture). Fungi are eukaryotic organisms that are found in soil. Foods such as sweet potatoes, corn, and nuts have been found to grow pathogenic fungi. Food high in protein, like milk and eggs, are more susceptible to microbial growth. To prevent microbial growth, food must not be in the temperature danger zone (40 - 140 °F) for more than two hours. Foods susceptible to microbial growth contain certain nutrients that can be found in protein-rich foods, like milk and eggs. Foods with little to no acidity are considered the best host for pathogen growth; however, bacteria can thrive in a slightly acidic pH (4.6) as well. Most microbes, or pathogens in this case, are aerobic and require oxygen for growth. Those that do not require oxygen are called anaerobic. Foods high in moisture promote microbial growth because many pathogens require water for growth. In the end, molds can be harmful or beneficial. Harmful molds grow on the surface of dry foods like bread. Beneficial molds grow inside of foods, like Blue cheese. 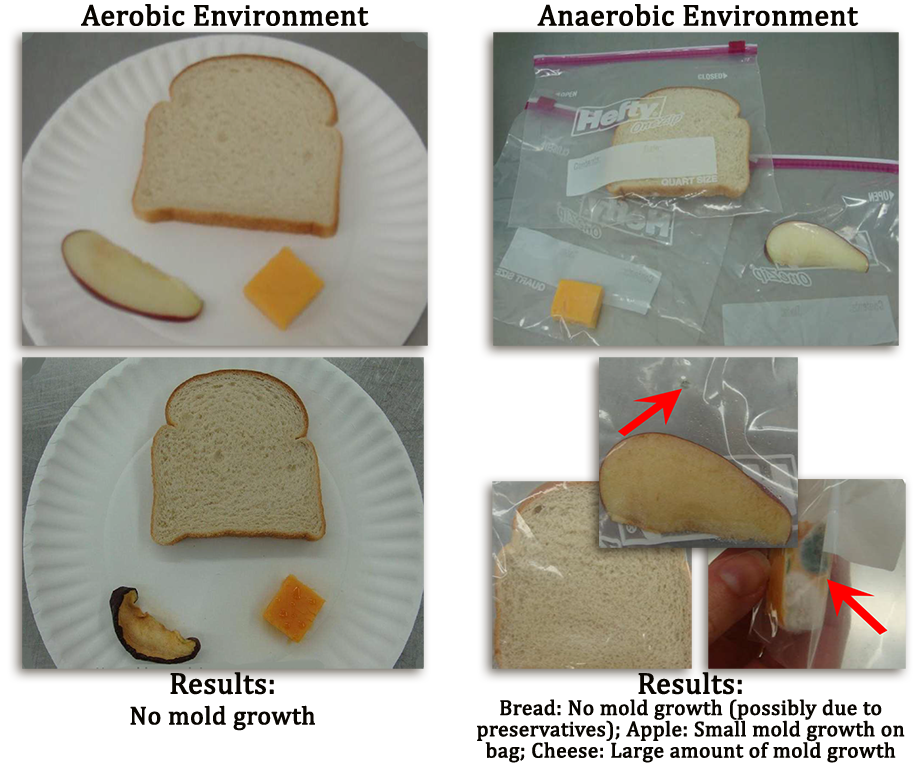 Use the calibrated thermometers to explore state changes in other substances.

Explore factors that can impact state changes (i.e. the addition of salt to ice or boiling water).

Use petri dishes to grow bacteria obtained on the body or from various surfaces in the school environment.

The students will understand concepts related to health promotion and disease prevention.