Students will analyze a real-life foodborne illness outbreak. They will assume the role of FBI (FoodBorne Illness) investigators to plot out the steps and identify the questions to ask in order to get to the source of the outbreak. Students will discuss and compare their investigative approaches to the actual public health investigation. Grades 6-8

shigella: a bacteria closely related to salmonella that can cause foodborne illness

Although our food supply is one of the safest in the world, foodborne illness outbreaks do occur. It’s important to be aware of the symptoms of foodborne illness and see a doctor if symptoms are severe. If the local clinical lab identifies the presence of foodborne bacteria in a patient’s test, the results are sent to the state health department for further testing. When outbreaks do occur, there’s a national network of public health laboratories, such as PulseNet, that helps to detect an outbreak in multiple states. 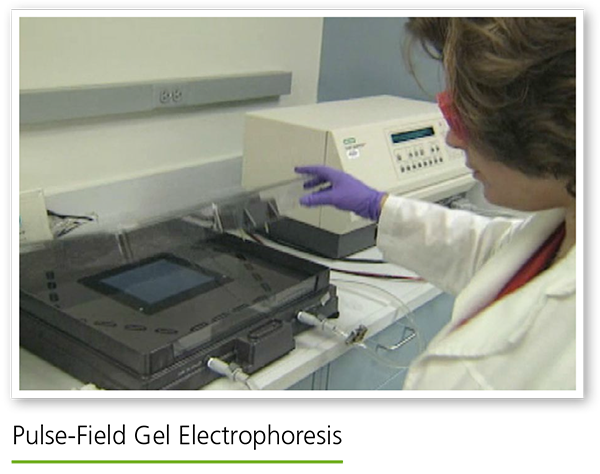 Even though our food supply is the safest in the world, we face new challenges as we import food from all over the world, as new pathogens emerge, and as familiar ones grow resistant to treatment. Foods reaching your table today are produced, processed, and distributed very differently than they were just a decade ago. Food from a single source may be rapidly distributed to communities across the nation, which could make it more difficult to detect a disease outbreak caused by contaminated food … but just as food can now be rapidly distributed, developments in technology are allowing us to keep track of foodborne outbreaks across the United States more quickly and easily. 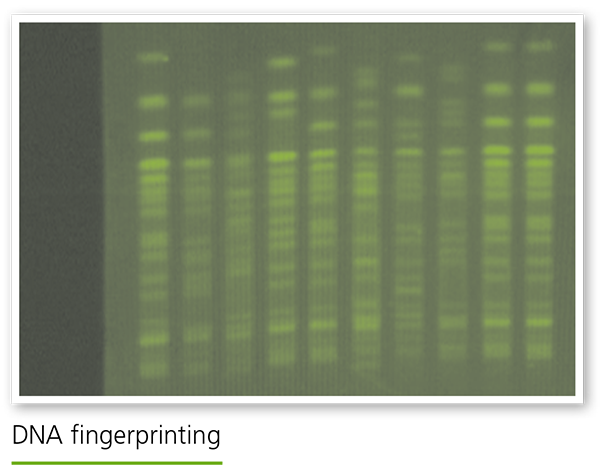 Using molecular technology and a sophisticated computer system, epidemiologists can now rapidly assess whether a widespread food incident is underway, and they can trace the source of the problem by identifying distinctive fingerprint patterns of pathogens like E. coli O157:H7.

PulseNet is a way scientists are able to link microorganisms from different places associated with an outbreak to see if they have a common origin. Local laboratories participating in PulseNet perform DNA fingerprinting on bacteria that have caused illness. Microbiologists extract DNA from the microorganism and then pulse an electrical current through that material. The pattern, or fingerprints, received by the currents is then transmitted through a networked computer system to the Centers for Disease Control and Prevention (CDC).

If patterns submitted by laboratories in different locations match, CDC computers will alert PulseNet participants of a possible multi-state outbreak. An investigation can begin immediately to trace the source of the problem and stop the outbreak. If the source is found, the food will be taken off the market and measures will be taken to prevent future outbreaks.

Use the following questions to review and summarize the lesson:

One person, working in a foodservice establishment, can infect multiple people if he or she doesn’t follow safe food handling practices, especially proper handwashing. Proper handwashing is one of the most important precautions in preventing bacteria from spreading from hands to foods. Everyone plays a role in keeping our food safe from harmful bacteria, including farmers, ranchers, distributors, manufacturers, foodservice managers, employees, and customers.

Students will learn skills to lay the foundation for long-term healthy behaviors.

Health Standard 6: Demonstrate the ability to use goal-setting skills to enhance health.