Growing a Nation Era 5: Playing by the Rules

Students will explore the major events and changes in agriculture related to science, technology, and policy in the era of 2001 to the present, taking an in-depth look at how these elements have impacted American families and communities through the passage and enactment of government programs and policies. Grades 9-12

bill: a proposed draft of a law to be presented to the legislature to become a law

bioengineering: biological techniques including things such as genetic recombination to created modified versions of organisms

drone: an unmanned aircraft guided by remote control or onboard computers

law: a binding practice or rule enforced by controlling authorities

policy: an official plan that aligns with the decisions of a governing body

sustainability: a method of harvesting or using resources so that they are not depleted and/or permanently damaged

Playing by the Rules (2001-present) is the fifth story event in the Growing a Nation online interactive timeline. The timeline provides a chronological presentation of significant historical events focusing on the important role agriculture has played in America's development. Growing a Nation uses a graphic organizer (timeline) and online multimedia resources to bring depth and meaning to historical events. The interactive timeline and lesson plans merge seamlessly with existing American history textbooks and high school history curricula.

Our country has witnessed sweeping changes—from the untamed wild times of Buffalo Bill to the technological era of Bill Gates and Elon Musk—but food has never lost its central role in our lives. Food not only sustains life but also enriches us in many ways. It warms us on cold, dreary days, entices us with its many aromas, and provides endless variety to the everyday world.

Food is also woven into the fabric of our Nation, our culture, our institutions, and our families. Food is on the scene when we celebrate and when we mourn. We use it for camaraderie, as a gift, and as a reward. We are all aware of how food has changed. What Americans often forget, however, is the remarkable system that delivers to us the most abundant, reasonably priced, and safest food in the world. The American food system—from the farmer to the consumer—is a series of interconnected parts. The farmer produces the food, the processors work their magic, and the wholesalers and retailers deliver the products to consumers, whose choices send market signals back through the system.

Iterations or versions of the farm bill have existed since during the Great Depression in 1933 (The National Agricultural Law Center. n.d.). The most current version of the farm bill was passed in 2018 and it includes programs for income support, food and nutrition, land conservation, trade promotion, rural development, research, forestry, horticulture, and other additional programs overseen by the Department of Agriculture (USDA) (H.R. 2 (115th): Agriculture Improvement Act of 2018, 2018).

Activity 1: Agricultural Programs and Policies in the United States 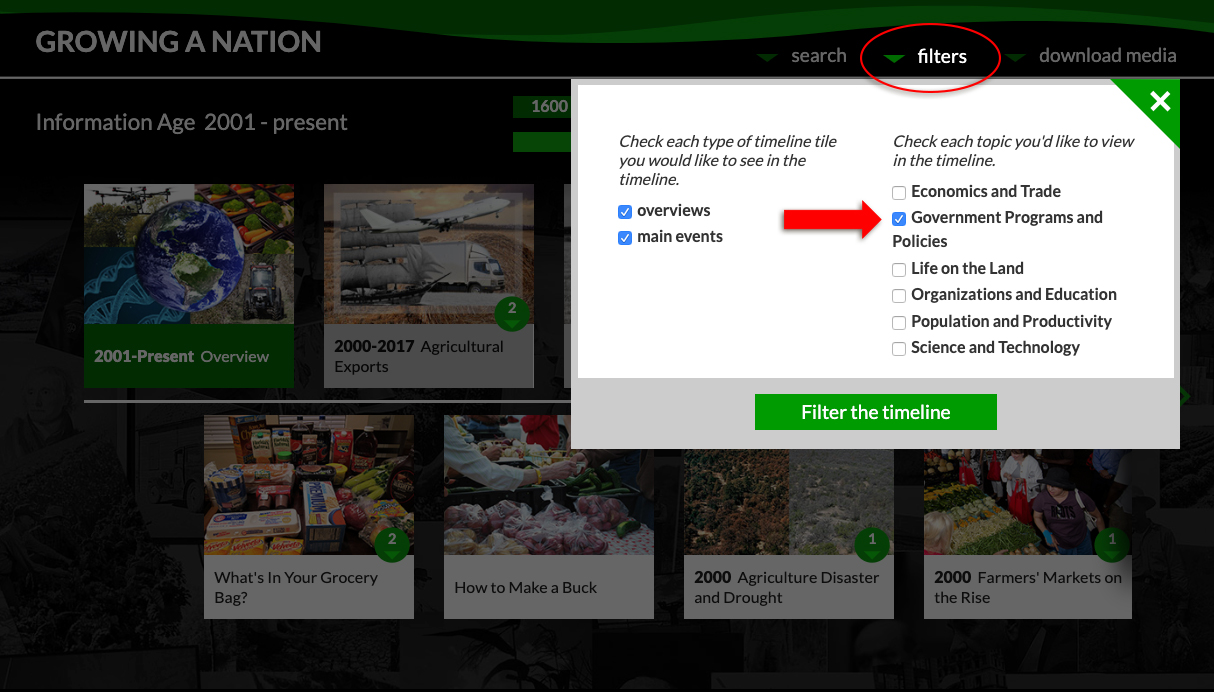 Activity 2: What’s in a Farm Bill?