Through a series of activities, students explore fermentation and ethanol production, observe the role of enzymes in fermentation, analyze nutrient values of dent corn, and discover how biofuels are made from plant oils. Grades 9-12

dent corn: a variety of grain corn high in starch content; named for the dent at the crown of each kernel

distillers grain: a cereal byproduct of the distillation process

ethanol: a fuel produced by fermentation of products high in starch, such as corn

nonrenewable fuels: fuel produced from a source that cannot be readily replaced at the rate it is consumed

renewable fuels: fuels produced from renewable resources such as biofuels and hydrogen fuel 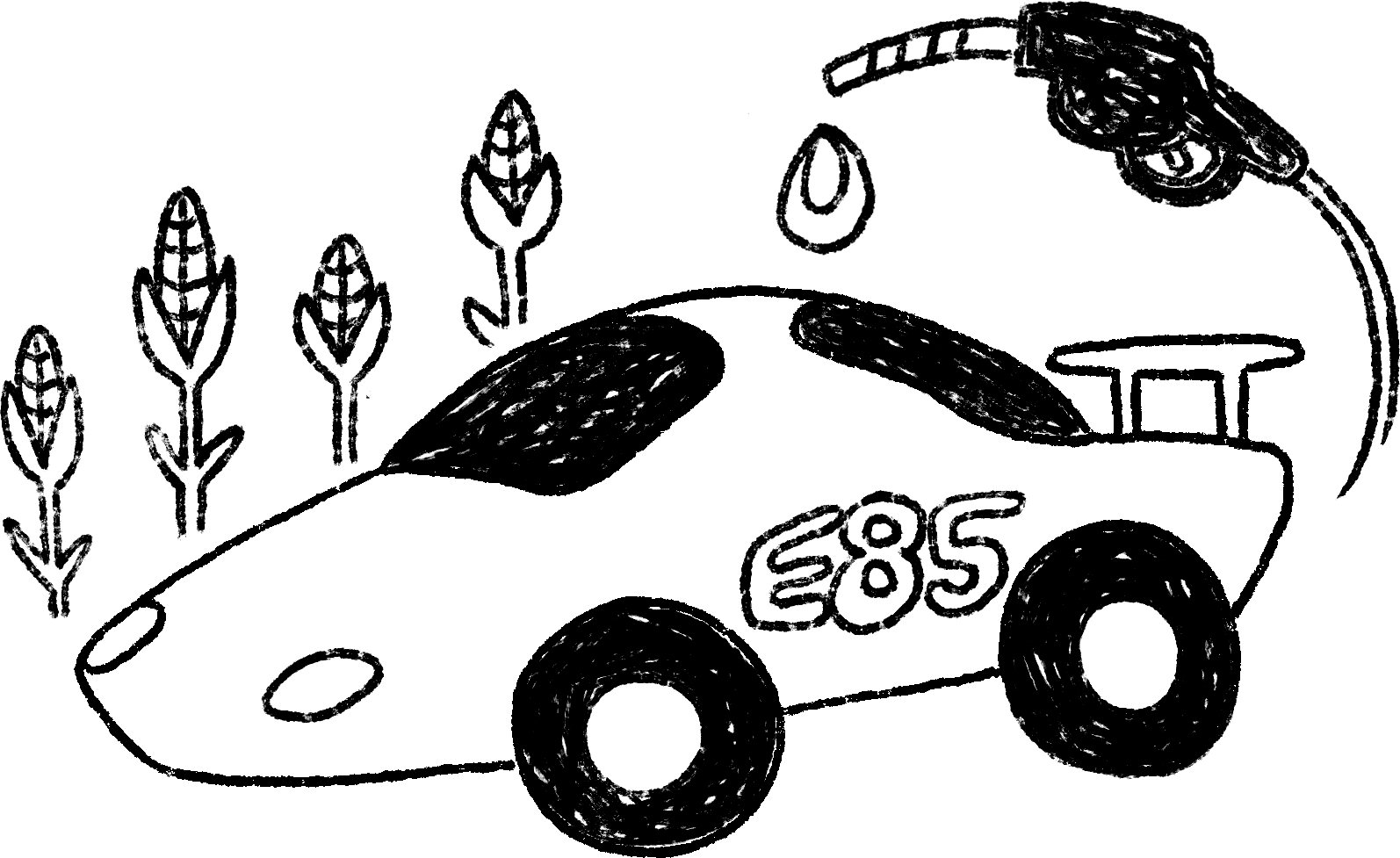 Human consumption of fuel is on the rise as both population and affluence steadily increase. Renewable fuels, such as ethanol, can help to decrease the need for non-renewable fuel sources such as crude oil. In addition, ethanol has replaced methyl tertiary-butyl ether (MTBE) as the major octane source in gasoline which has resulted in gasohol blends of up to 10% in almost every pump in the United States. Ethanol is a renewable fuel source that is both energy positive, which means it generates more energy than it consumes, and helps to reduce greenhouse gas emissions. Most gasoline contains 5-15% ethanol as an additive to help to increase octane ratings. Learn more about why ethanol is added to gas.

Enzymes work to speed up biological reactions by lowering their activation energy. There are certain conditions that must be met for enzymes to work efficiently. One of these conditions is substrate concentration. Students use tickets to model how various enzymes interact with starch to produce smaller sugar molecules. The tickets represent the substrate. The ends of the ticket strings represent the active sites of the enzymes “Ticketase” and “Glucoticketase.” To catalyze the reaction (tearing groups or single tickets off of the string of tickets), students may only tear a single ticket off at a time if they are Glucoticketase or a group of 2 or 3 tickets off at a time if they are Ticketase. Products and reactants must be dropped back into the pile after every tear off to mix and the process is repeated. A single ticket is the desired product for fermentation and must be torn cleanly off on both sides to count as product.

Commercial production of fuel ethanol in the United States involves breaking down the polysaccharides (starch) present in dent corn into monosaccharides (glucose), feeding these sugars to yeast (fermentation), and then recovering the main product (ethanol) and coproducts (animal feed and carbon dioxide). Ethanol is an alcohol produced through the process of alcoholic fermentation of sugars by yeast.

The complex carbohydrates (starch) found in corn must be broken down into monosaccharides for fermentation to be successful. Heating the feedstock can help to break apart carbohydrate bonds but is not 100% successful. Enzymes are used to efficiently cut carbohydrates into simple sugars. For example, amylase breaks down complex carbohydrates into disaccharide molecules: maltose, and glucoamylase breaks down maltose into a monosaccharide molecule: glucose. Glucose is the simple sugar used during fermentation for industrial ethanol production.

Commercial production of fuel ethanol in the United States involves breaking down the starch present in corn into simple sugars (glucose), feeding these sugars to yeast (fermentation), and then recovering the main product (ethanol) and coproducts (distillers grains, corn oil, and carbon dioxide). All the remaining nutrients: protein, fat, minerals, and vitamins, are concentrated into distillers dried grain (DDGs), a valuable feed for livestock, and carbon dioxide. In this Activity 3, students will determine the nutrient analysis of dent corn before, during, and after ethanol production.

Commercial production of fuel ethanol in the United States involves breaking down the starch present in corn into simple sugars (glucose), feeding these sugars to yeast (fermentation), and then recovering the main product (ethanol) and coproducts (distillers grains, corn oil, and carbon dioxide). Ethanol is an alcohol produced by yeast from sugars. Fuel ethanol is ethanol that has been highly concentrated and blended with other compounds (gasoline) to render the alcohol undrinkable. For each pound of simple sugars, yeast can produce approximately .5 pounds (0.15 gallons) of ethanol and an equivalent amount of carbon dioxide. The value of corn as a feedstock for ethanol production is due to its large volume of carbohydrates, specifically starch. Starch can be easily processed to break down into simple sugars, which can then be fed to yeast to produce ethanol. Modern ethanol production can produce approximately 2.8-3 gallons of fuel ethanol per bushel of corn. Dry-milled ethanol production uses only the starch portion of the corn, which is about 62% of the kernel. All the remaining nutrients—protein, fat, minerals, and vitamins—are concentrated into dried distillers grains (DDGs), a valuable feed for livestock. Some ethanol plants also remove the corn oil from DDGs to create renewable diesel. Approximately 40% of the United States’ corn crop is used to produce ethanol and distillers grains.

Diesel engines such as trucks, tractors, and heavy motors rely on No. 2 diesel for power. Diesel is commonly made from petroleum distillation. Renewable substitutes for fossil diesel are growing in popularity. These biofuels can be easily made from corn, soy, and other plant oils; animal fats; and waste grease through chemical reactions.

Biofuels refer to liquid or gaseous fuels commonly used for transportation. These are referred to by the United States Department of Agriculture as ‘drop-in fuels’, requiring no modification to engines. Biofuel derived from plant materials is among the most rapidly-growing renewable energy technologies. Ethanol, made mostly from corn starch from kernels using a process called fermentation, is by far the most significant biofuel in the United States. The remaining amount is biodiesel, which is made from vegetable oils (chiefly soy oil) as well as animal fats, waste oils, and greases.1

Biomass-based diesel fuels include biodiesel and renewable diesel.2 Typically, ‘biodiesel’ is the term used for biomass-based diesel from soybean oil, while ‘renewable diesel’ refers to biomass-based diesel from corn oil. Biomass-based diesel burns cleaner than petroleum and is derived entirely from biological sources. Environmental Protection Agency (EPA) research indicates that biomass-based diesel emits 11% less carbon monoxide and 10% less particulate matter than diesel. The Department of Energy and Agriculture found biodiesel reduces net carbon dioxide emissions by 78%. Unlike petroleum diesel, which contains sulfur and carcinogenic benzene, two components regulated by the EPA, biodiesel is nontoxic and biodegradable. They are completely miscible with petroleum diesel, which allows for easy blending. Biomass-based diesel can be combusted in any diesel engine, without needing to modify the engine. Vegetable oils are triglycerides and they have a standard structure. A molecule of any given vegetable oil consists of two parts, a glycerol backbone and three distinct fatty acid chains that stem from the glycerol. Biodiesel is produced using the chemical process known as transesterification. Transesterification occurs when one type of ester, an oil molecule in this case, exchanges an R group with an alcohol. In Activity 6, students will be making biomass-based diesel with oil and methanol. We will also use a catalyst, potassium hydroxide, to speed up the reaction. The combination of catalyst and methanol is called methoxide. The end product is a combination of biomass-based diesel, unreactive methanol, glycerin, and soap.

The synthesis is a simple chemical reaction that produces biomass-based diesel and glycerol. The oil is mixed with methanol, while sodium or potassium hydroxide is added as a catalyst. The products separate into two layers with the biodiesel on top. The biodiesel is separated and washed, then it is ready for product evaluation. 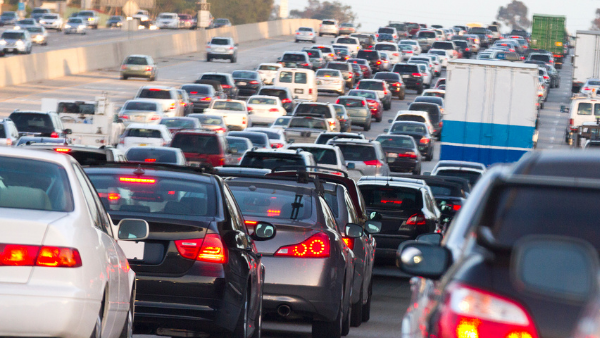 Preparation: Create the following bags 25–30 minutes prior to class. If possible use warm water (95° F/35° C) to hydrate the fermentation bags. Remove all of the air from the bags, seal, and incubate the bags in a warm location (98.6° F/37° C) for optimum fermentation. Remove the bags from the incubator and ask the students what they are observing. Allow the students to generate discussion with their observations. Do not confirm or deny ideas as you lead the conversation with your students.

Activity 2: Ticketase
What roles do different enzymes play in the fermentation of starch? How do enzymes act upon complex sugars like starch? What is the rate of enzyme activity for Ticketase and Glucoticketase? Does enzyme or substrate concentration affect the rate of enzymatic activity?

Activity 3: Biomass to Sugars
Which feedstock will produce the most glucose for fermentation?

After conducting these activities, review and summarize the following key concepts.

This lesson is an excerpt of the Energy and Biofuels unit created by Nourish the Future.