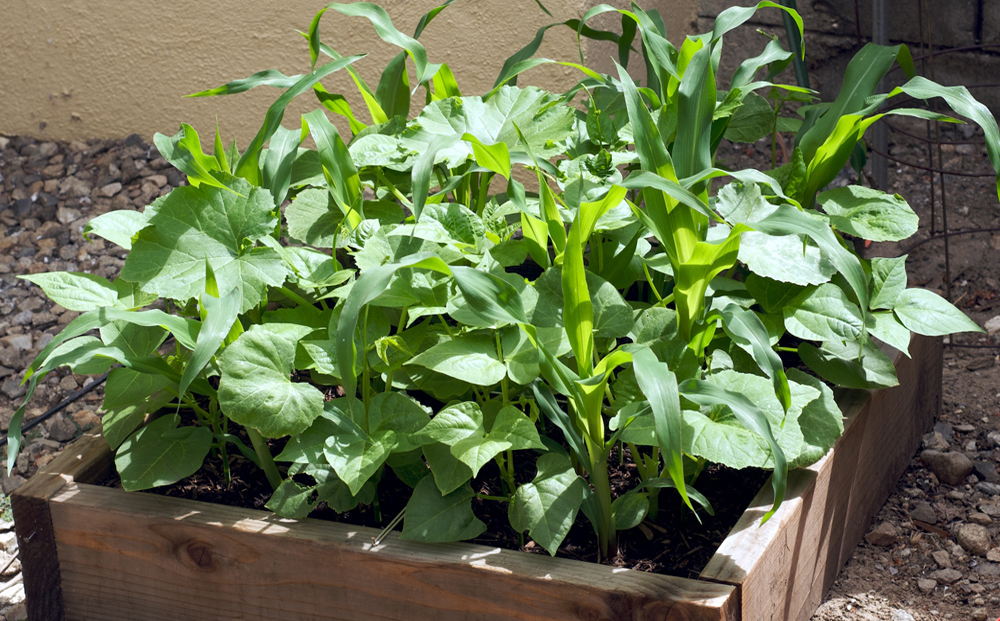 Refer to Lois Ehlert's book Eating the Alphabet: Fruits & Vegetables from A to Z and the Plant Part Chart for ideas about edible plants that begin with each letter of the alphabet. How many of these plants can be grown where you live?

Grow plants that can be used to make dyes, such asÂ onion, red cabbage, sunflowers, alfalfa, and coreopsis. Use the instructions in the Hands on With Wool activity to dye wool and hand-spun yarn.

We all know that George Washington and Thomas Jefferson were accomplished political leaders, but did you know that they both considered themselves farmers by profession? Read Peggy Thomas’ books Farmer George Plants a Nation and Thomas Jefferson Grows a Nation to learn more. Create a Founding Farmers Garden by growing some of the same plants that were grown by Washington and Jefferson at Mount Vernon and Monticello. For example, Jefferson experimented with growing vegetables from around the world. He grew squash and broccoli from Italy, figs from France, and peppers from Mexico. He also loved to grow English Peas. Read First Peas to the Table: How Thomas Jefferson Inspired a School Garden to learn about his pea-growing contest. At Mount Vernon, Washington experimented with plants such as barley, corn, cabbage, carrots, peas, potatoes, pumpkins, and turnips.

Gregor Mendel was fascinated with plants and was curious about why some pea plants had different physical characteristics than others. For more than ten years, Mendel carried out thousands of experiments on pea plants that laid the foundation for the study of heredity. Grow a variety of garden peas to compare the different traits that are expressed.

Consider growing a garden from a favorite children's book, such as The Little Red Hen or Peter Rabbit.

Grow plants that attract pollinators through a diversity of nectar and pollen sources. Refer to pollinator.org for a guide to selecting plants for native pollinators in your region.

If your school has the room, plant a pumpkin patch. Read the book How Many Seeds in a Pumpkin? for inspiration about how your students can use the pumpkins they harvest as learning tools.

Sunflowers are perfect for studying the life cycle of a plant. Plant sunflower seeds and observe each stage of a sunflower's life cycle.

Explore the benefits of growing the “three sisters” crops (corn, beans, and squash) together by planting a three sisters garden. This garden will inspire the study of Native American customs, nutrition, celebrations, and folklore associated with the three sisters.

Plant the ingredients to make your own vegetable soup. Consider planting some of the ingredients from the book Who Grew My Soup?âpotatoes, carrots, tomatoes, green beans, celery, corn, barley, spinach, peas, and onions.